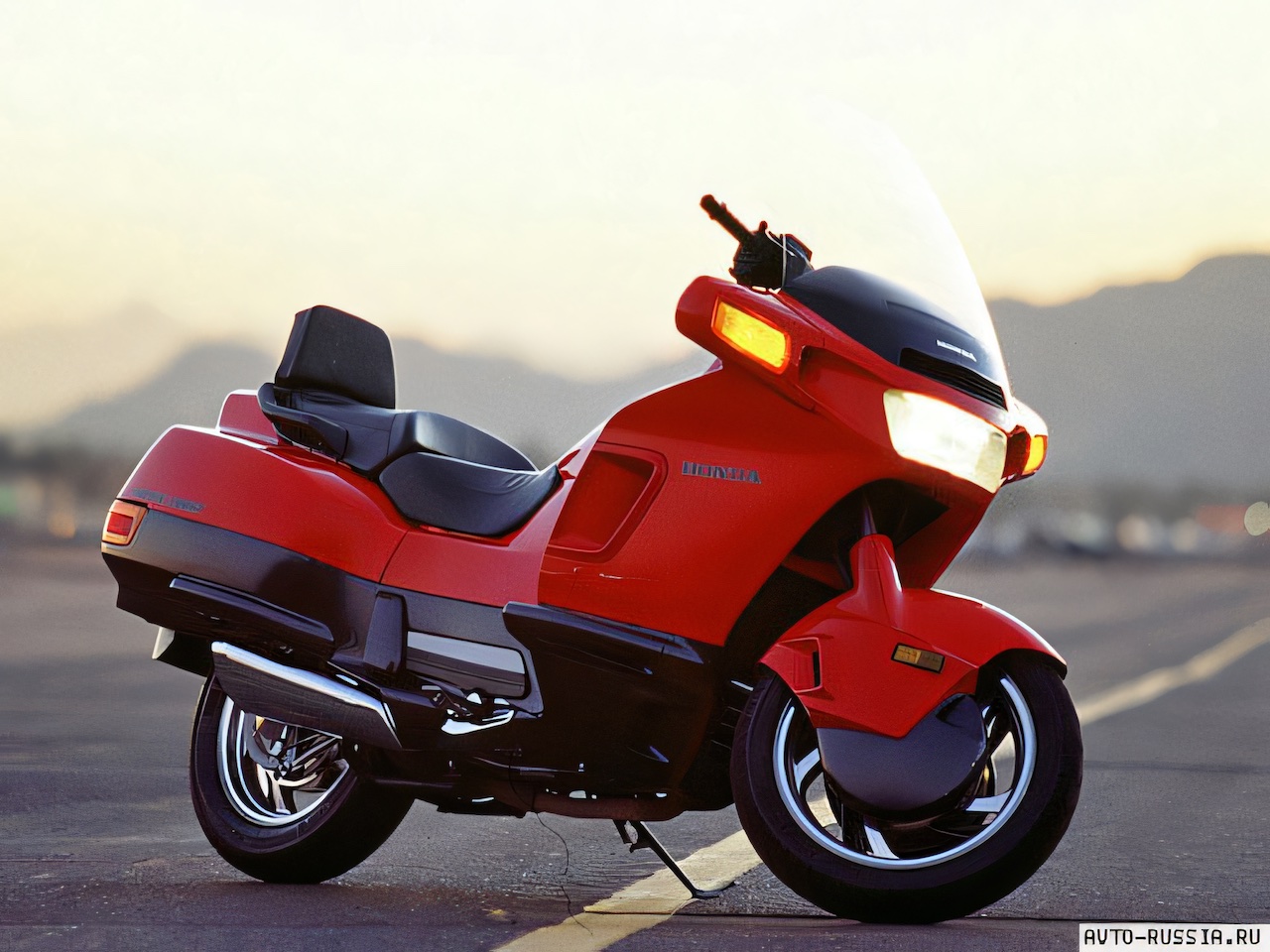 The Honda PC800 (Pacific Coast) touring motorcycle model appeared in 1989 with the filing of the American division of Honda Research America and was focused primarily on the North American market. Meanwhile, the motorcycle was also sold for a limited time in Europe and Japan.

The concept of the Pacific Coast model was quite interesting - the motorcycle should be as practical as possible, designed for use by novice riders and have low maintenance requirements. And they succeeded. The Honda PC800 model turned out to be extremely practical, reliable and convenient for operation:

The basis of the Honda PC800 was a V-shaped 2-cylinder liquid-cooled engine with a volume of about 800 cc. see, giving out about 57 hp. power and 66 Nm of torque. The motor is similar to the one used on the Honda XRV750 Africa Twin, but with different cylinder bore and crankshaft stroke parameters, as well as changes in the cylinder head (PC800 had hydraulic lifters, XRV750 had a screw and lock nut adjustment).

The model existed on the market until 1998 inclusive, after which it was discontinued and did not receive further development. In total, approximately 14,000 Honda PC800 (Pacific Coast) motorcycles were sold.