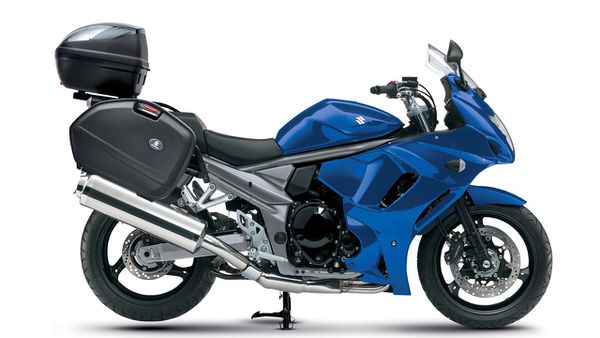 Suzuki GSX1250FA appeared in 2010 on the basis of the road model Suzuki GSF1250 Bandit, essentially representing one of the Bandit 1250 configurations. It is noteworthy that the Bandit prefix was not absent in all markets - in particular, in Japan, the GSX1250FA was also called the Suzuki Bandit 1250F.

The Suzuki GSX1250FA was based on an in-line 4-cylinder liquid-cooled engine with a volume of 1255 cc, producing 100 hp. power and 107 Nm of torque. The motor is completely identical to that installed on Suzuki GSF1250 Bandit.

The Suzuki GSX1250FA model differs from Suzuki GSF1250 Bandit, primarily in the presence of a full plastic body kit and ABS as standard. In all other respects, these are identical motorcycles.

Of the features, it should be noted a steel duplex frame, adjustable suspension in the form of a conventional telescopic fork in the front (adjustable for preload) and a monoshock at the rear (with adjustable preload and rebound damping), 4-piston disc brakes in front, 6-speed gearbox, chain drive and 257 kg of curb masses.

2016 was the last year of production of the Suzuki GSX1250FA model and, in general, the entire Suzuki Bandit 1250 series.

The main competitors of the Suzuki GSX1250FA in the class: