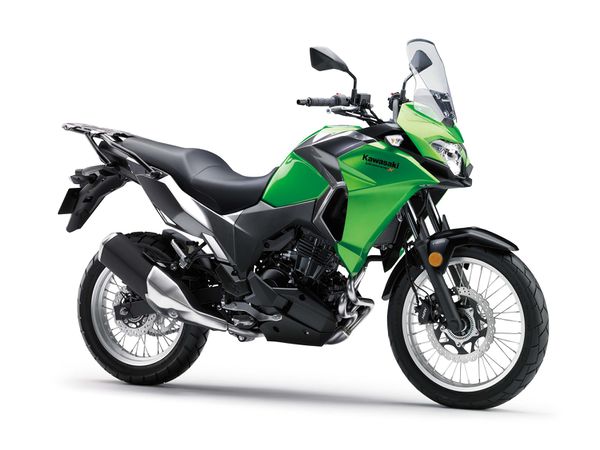 The Kawasaki Versys-X 300 was first introduced in 2016 as the lowest budget model in the Versys lineup aimed at aspiring motorcycle riders. The model is based on the engine from the sports version Kawasaki Ninja 300, which practically did not change (only the intake system, filter box changed, lighter pistons were installed) migrated to Versys-X 300 - this is a 2-cylinder in-line liquid block cooling, producing about 40 hp. power and almost 26 Nm of torque. The motor is high-speed, with a maximum characteristic of 10,000-11,000 rpm. Transmission - 6-speed, with a slipping clutch.

The frame of the Kawasaki Versys-X 300 is a steel structure, the supporting element of which is the engine. The motorcycle suspensions are budgetary - a conventional telescopic fork in the front and a monoshock with adjustable preload at the rear, travel - 130 and 148 mm, respectively.

The braking system is fully disc - one disc per front and rear wheel. ABS system available.

The main competitors of the Kawasaki Versys-X 300 in the class: