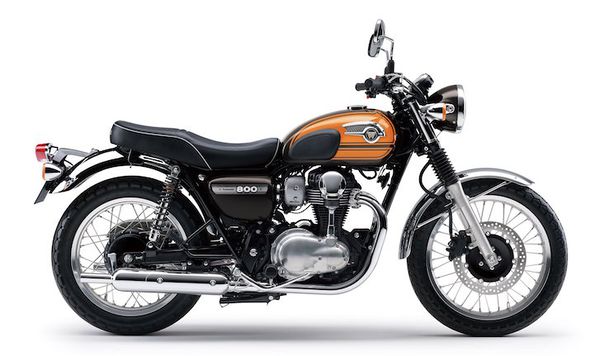 The main modifications of the Kawasaki W800:

The Kawasaki W800 features an air-cooled, in-line, 2-cylinder, 773cc engine. see, delivering 48 hp. power and 60 Nm of torque. Unlike its predecessor ( Kawasaki W650), the motor gives out about the same characteristics in figures, however, it has become noticeably more torque, with lower maximum and operating speeds.

In 2016, Kawasaki announced the completion of production and sales of the W800 in the European market due to the release of the new Euro 4 environmental regulations, releasing the Final Edition modification, available from the summer of 2016.