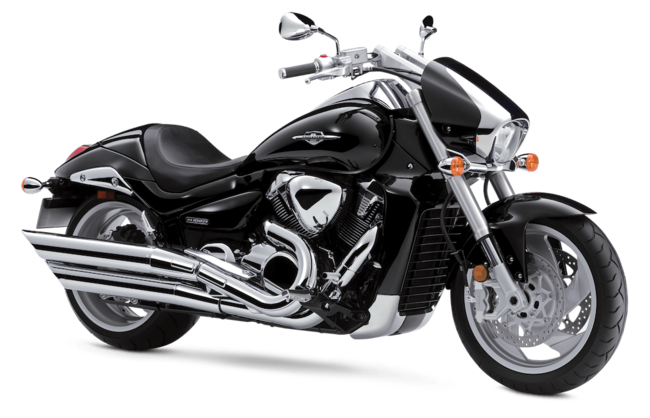 The Suzuki Boulevard M109R appeared in 2006 as the flagship muscle bike in Suzuki's line of motorcycles. In the European market, this model is sold under the name - Suzuki Intruder M1800R . The motorcycle is targeted at the markets of North America, Europe and Australia.

Suzuki Boulevard M109R was based on a 2-cylinder V-shaped (54 °) liquid-cooled engine with a volume of 1783 cm³, producing 125 hp. power and 160 Nm of torque. The maximum engine speed is limited to 7500 rpm, and the maximum performance is reached from 3200 rpm (maximum torque). The engine has a dual throttle injector (SDTV system - Suzuki Dual Thtrottle Valve), a 32-bit control unit and a semi-dry sump lubrication system (SASS - Suzuki Advanced Sump System). A modified version of this engine was subsequently installed on Suzuki Boulevard C109R (Intruder C1800R).

In 2008, a version with a naked headlamp (without a fairing) appeared - '' Suzuki Boulevard M109R2 / M1800R2 Intruder . It existed on the market until 2009 inclusive, after which it disappeared from dealers.

Since 2014, the Suzuki Boulevard M109R / Intruder M1800R model receives a black version, which in the North American market has the prefix B.O.S.S. The main changes are the absence of chrome (replaced with black parts) and two-color paintwork.