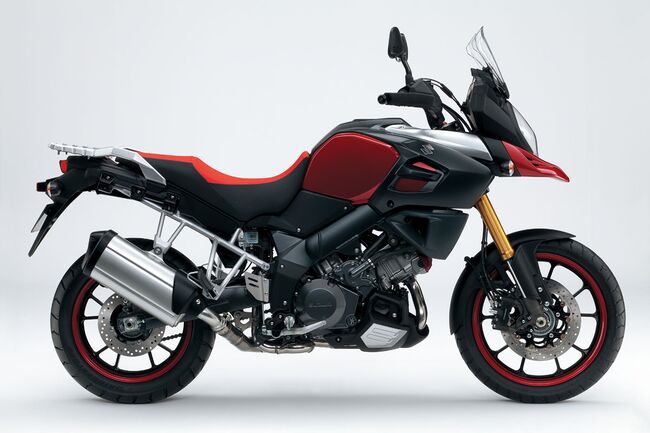 The Suzuki DL 1000 V-Strom touring enduro model appeared on the market in 2002 and was targeted at the countries of Europe, North America and Oceania. Also, the model was present in the domestic Japanese market. In 2004, the company introduced the "little brother" V-Strom 1000 - Suzuki DL650 V-Strom. It was distinguished by a simpler execution, lighter weight and lower cost.

As a base for the Suzuki V-Strom 1000, a redesigned engine from the sports version Suzuki TL1000 was taken, with a volume of 996 cc, producing 98 hp. power and 104 Nm of torque. The fuel injection system took over from the sporty GSX-R models and featured SDTV dual throttle valves. In 2013, the engine underwent changes, increasing its volume to 1037 cc and maximum power to 101 hp, but more important was the increase in torque at low revs - now the maximum torque was fully available at 4000 rpm.

The main features of the Suzuki DL 1000 V-Strom are: aluminum frame, adjustable long-travel suspensions (since 2013 - inverted fork), powerful brakes with ABS (since 2013 - 4-piston radial calipers), low dry weight 207-208 kg , a hydraulic clutch, a 6-speed gearbox, an engine traction control system (since 2013) and the availability of an "off-road" version with spoked wheels - Suzuki DL1000 V-Strom XT (from 2017).

In 2013, the Suzuki DL1000 V-Strom undergoes a major restyling, receiving a completely new look, new frame, new engine and braking system. In addition, from this year the model has ABS in the basic version (in most countries) and traction control.

In 2017, the company introduced a new modification of the model - '' Suzuki DL1000 V-Strom XT . It features spoked wheels and is offered in parallel with the regular DL1000 V-Strom.

The main competitors of the Suzuki V-Strom 1000 in the class: