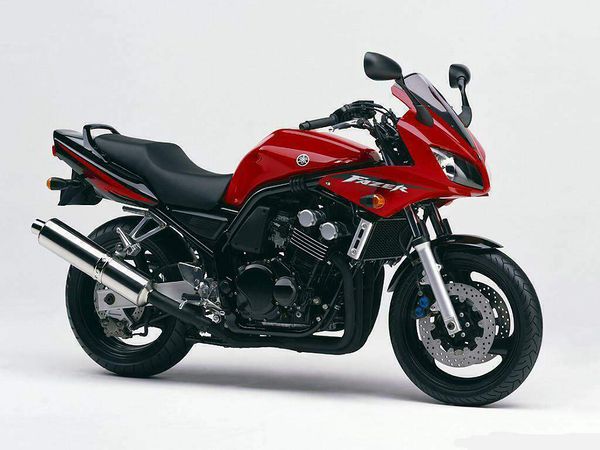 The Yamaha FZS 600 Fazer was first introduced at the 1997 Paris Motor Show, and official series production and sales began in 1998. The model was intended for foreign markets (mainly for Europe) and was not sold in Japan. Instead, a 400 cc version Yamaha FZ400 Fazer was available, sharing many of the features and components of the FZS600.

The Yamaha FZS 600 Fazer is based on the sports tourist's Yamaha YZF600R Thundercat in-line liquid-cooled 4-cylinder engine, which has been slightly tweaked (using different carburetors) to increase torque in the low and mid-range ... As a result, the motor began to produce 95 hp. power and 61 Nm of torque, showing maximum performance from 9500 rpm.

Other features of the Yamaha FZS600 Fazer model include a steel frame, simple suspensions in the form of a conventional telescopic fork and monoshock, 4-piston front calipers and discs from Yamaha YZF-R1, a fuel tank for 22 l (since 2000) and 214 kg of curb weight (since 2000).

2003 was the last year of production for the Yamaha FZS600 Fazer, and official sales ended in 2004. The main reason for the model's departure from the market was the introduction of the next environmental emission standards (Euro-2), which the motorcycle did not comply with. In 2004, the model was replaced by a new one - Yamaha FZ6.

The main competitors of the Yamaha FZS 600 Fazer in the class: