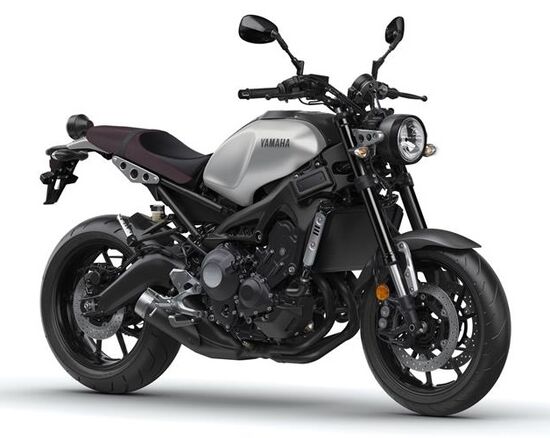 The Yamaha XSR900 was first introduced in 2016 and was initially focused on the American market (however, later the model fully came to the European market). The Yamaha XSR900 was built on the base of the naked MT-09, receiving from it the engine, frame and chassis. The XSR900 is inspired by Roland Sands' Faster Wasp flat tracker concept. Like the XSR700, the XSR900 belongs to the so-called "Sport Heritage" series from Yamaha.

The main feature of the Yamaha XSR900 is the 847 cc in-line 3-cylinder engine producing 115 hp. power and 87.5 Nm of torque. The motor is completely identical to the one on MT-09 and shows the same characteristics.

In 2017, for the market of some European countries, XSR900 offers a new modification - Yamaha XSR900 Abarth . The model is a classic cafe racer with half fairing, low handlebars, sporty rear end and redesigned twin-pipe exhaust system. In terms of technical characteristics, the Abarth is completely identical to the regular version of the XSR900.

`` The main competitors of Yamaha XSR900: