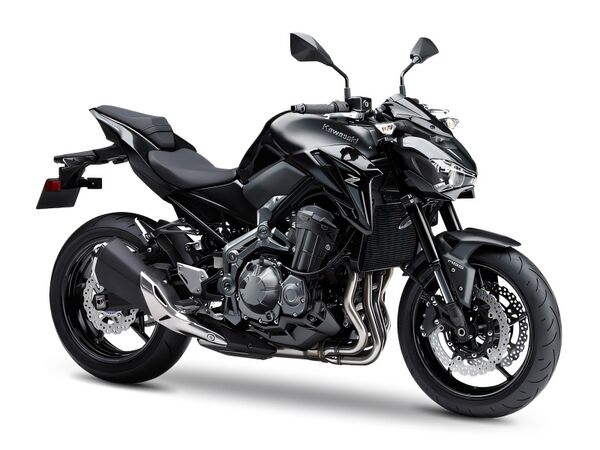 The Kawasaki Z900 entered the market in 2017, replacing the Kawasaki Z800. The engine was taken as a basis from the older Z1000, which was reduced in volume to 948 cm³. As a result, the engine produced up to 125 hp. power and almost 99 Nm of torque. Unlike Z800, the engine lowered its maximum rpm slightly, thereby increasing torque at low and medium rpm. Also new - the introduction of the slipper clutch and assistant (Assist & Slipper clutch).

The frame of the Z900 differs significantly from its predecessor and is a steel lattice structure. The model also received an aluminum swingarm and a new exhaust system. All these changes made the bike 19 kg lighter.

In 2018, the Z900 lineup is replenished with new modifications - Kawasaki Z900RS and Kawasaki Z900RS Cafe . Both versions are executed in a classic retro style, have a reduced engine power, a different braking system (non-petal discs, calipers - radial monoblocks) and 2-mode traction control (KTRC2).

The Kawasaki Z900 is currently available in all major markets around the world. The only exception is the RS Cafe modification, which is sold only in the European market and in Japan.

The main competitors of the Kawasaki Z900: