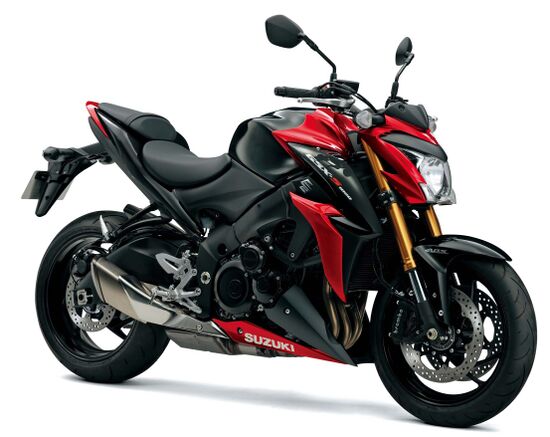 The Suzuki GSX-S1000 was first introduced in 2014 at EICMA, and official sales began in 2015. The company has been developing this model for a long time, wanting to expand the GSR series with the flagship model Suzuki GSR1000 - by the way, the concept of the model was originally called that way.

By the way, the 750 cc version also had the name Suzuki GSX-S750, but only for motorcycles outside the European market, in Europe it was sold under the familiar name - Suzuki GSR 750. It wasn't until 2017 that the GSR750 name was finally removed, giving way to GSX-S750. Thus, Suzuki's naked line is now part of the GSX-S series.

The Suzuki GSX-S1000 was based on an in-line 4-cylinder liquid-cooled engine with a volume of 999 cc, producing 145 hp. power and 106 Nm of torque. In 2017, the engine was slightly modified and modernized to meet new environmental standards. The maximum power of the versions since 2017 is 150 hp.

Other features of the Suzuki GSX-S 1000 include an aluminum frame, adjustable sports suspensions, powerful 4-piston radial brakes with ABS, a traction control system (3-speed), a 17-liter fuel tank and 207 kg of curb weight.

The main modifications of the Suzuki GSX-S1000:

In 2019, a new model was built on the basis of the Suzuki GSX-S1000, which became the reincarnation of the Katana series produced in the 80s of the last century - Suzuki Katana 2019.

The main competitors of the Suzuki GSX-S1000 in the class: