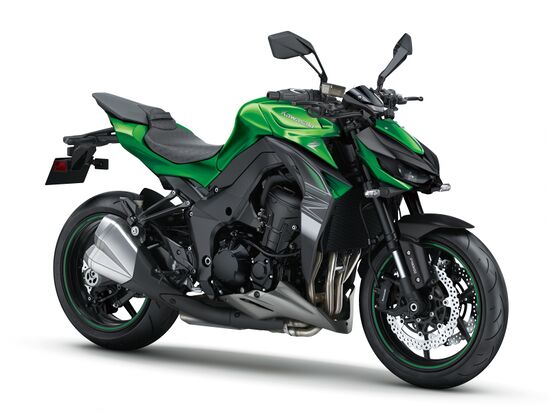 The naked model Kawasaki Z1000 was introduced in 2003 as a successor to the legendary Z-series produced in the 70s of the last century. The model was based on a steel frame, plastic elements from the sports Kawasaki ZX-6R and a derated engine from Kawasaki ZX-9R with a volume of 953 cm³.

In 2007, the model undergoes its first major restyling, receiving an updated look and versions with ABS. The front brake is now equipped with radial calipers. The maximum power, in comparison with the previous generation, is reduced to 125 hp.

Since 2011, the Z1000 lineup has been supplemented with a plastic version - Kawasaki Z1000SX . The model is positioned on the market as a sports tourist, which also offers touring accessories - wardrobe trunks and so on.

In 2014, the model undergoes a new restyling, receiving a more aggressive appearance, LED optics and an increased (up to 310 mm) diameter of the front brake discs. The maximum engine power is increased to 142 hp. The model also gets a slipper clutch and assistant (Assist & Slipper clutch).

`` The main competitors of the Kawasaki Z1000 in the class :