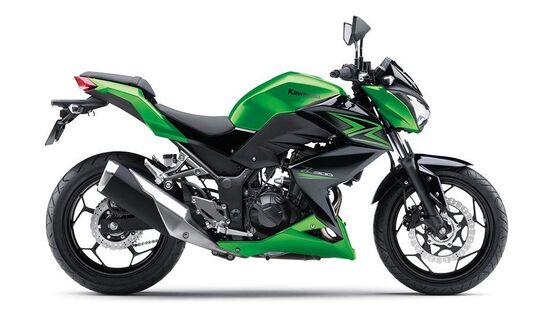 The naked Kawasaki Z300 model appeared in 2015, becoming the successor of the Kawasaki Z250 model in Europe, Oceania and South America.

The frame of the Kawasaki Z300 is a steel diamond-shaped structure, the suspensions are simple - a regular 37 mm telescopic fork in the front, a swingarm with a progressive monoshock at the rear. The braking system is completely disc, there are versions with ABS.

Compared to the previous Kawasaki Z250, the new Z300 has an Assist & Slipper clutch. The restyled Asian version Kawasaki Z250 ABS was also equipped with this system.

The main competitors of the Kawasaki Z300: