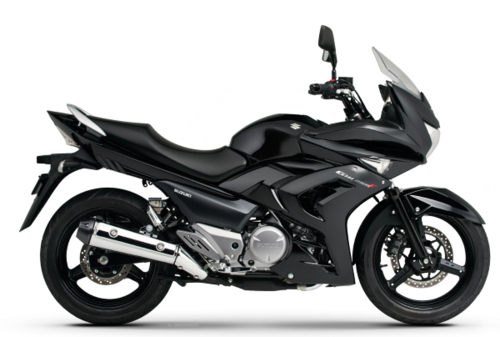 The Suzuki GSR 250 was first introduced in 2011 as a competitor to Chinese 250cc models and as a low-cost entry-level driver in Europe, North America and Japan. In the European market, the model was sold under the name "Suzuki Inazuma 250", and in the markets of North America, Australia, Asia and some European countries - "" Suzuki GW250 "".

The model was based on an in-line 2-cylinder liquid-cooled engine with a volume of 248 cm³, producing 24 hp. power and 22 Nm of torque. The engine is equipped with one camshaft and 2 valves per cylinder.

Other features of the model include a half-duplex steel frame, simple suspensions in the form of a conventional telescopic fork and monoshock, disc brakes, a 6-speed gearbox, a 13-liter fuel tank and 183 kg of curb weight.

In 2017, the model was discontinued and disappeared in most markets. This was due to the next tightening of environmental standards and the update of European legislation, according to which it was not allowed to sell new motorcycles that are not equipped with ABS.

The main competitors of the Suzuki GSR250 in the class: