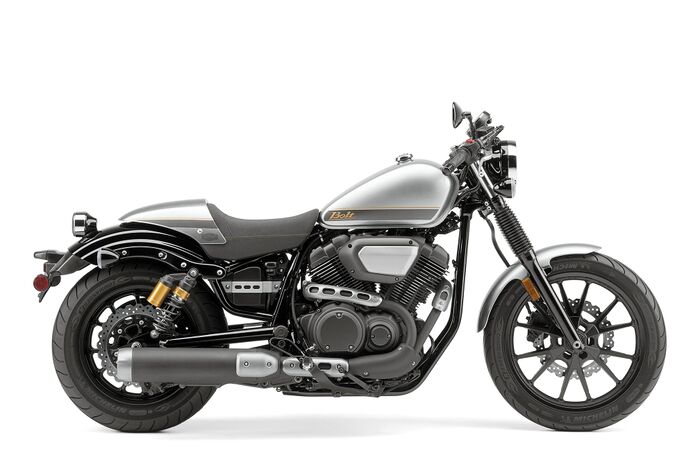 The Yamaha XV950 Bolt hit the market in 2013 (as a 2014 model) and was based on an engine from Yamaha Midnight Star 950 (V-Star 950). The motorcycle was aimed primarily at the markets of Europe and North America, but is also sold in Japan. The name "Bolt" is mainly used in American versions of the motorcycle, but it can be used in other countries as well. The other model name is Yamaha XVS950CU.

The XV950 Bolt was inspired by Yamaha's desire to create a factory bobber with a classic V-motor and belt drive, perfect for urban use by classic American motorcycle enthusiasts.

The main modifications of the Yamaha Bolt:

The main feature of the Yamaha XV950 Bolt is the air-cooled, 2-cylinder V-engine with a volume of 942 cc. see, delivering 54 hp. power and 80 Nm of torque. This motor was taken almost unchanged from Yamaha Midnight Star 950 (V-Star 950).

Also worth noting is a steel tubular frame, disc brakes front and rear (there are versions with ABS), classic suspension in the form of a conventional telescopic fork and double shock absorber, belt drive, 5-speed gearbox and 246 kg of curb weight.

`` The main competitors of the Yamaha XV950 Bolt in the class :