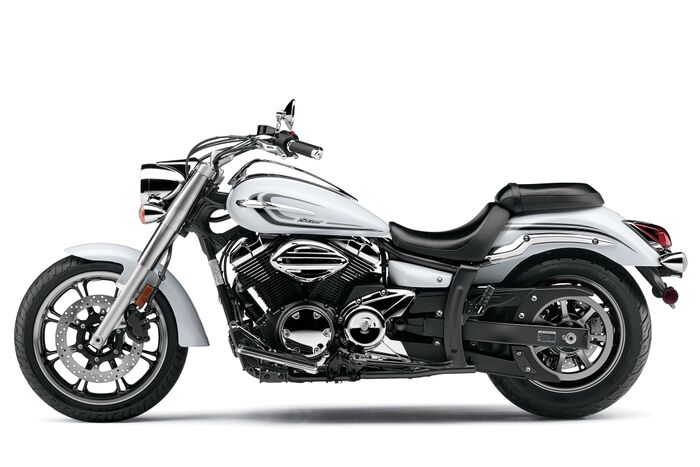 The Yamaha XVS 950 Drag Star was first introduced in 2009 as a junior replacement for Yamaha XVS 1100 Drag Star (in 2008 the XVS1100 evolved into XVS1300), and is still being sold. In the American market, this model is called - "" Yamaha V-Star 950 "". The model positions itself as a cruiser for entry-level and intermediate-level drivers. Having full-size dimensions, the motorcycle is very similar to the older version Yamaha XV1900, which is also an advantage and deprives you of the feeling of owning a cheap low-volume version of the older model. 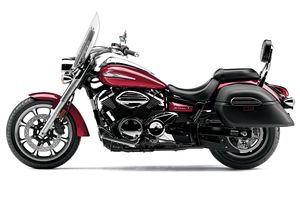 Analyzing the Yamaha XVS 950, the desire of Yamaha to release another cruiser for the American market is immediately evident. This can be traced not only in terms of the motorcycle's style and layout (air cooling, belt), but also the character of the motor. First, the engine has no balance shafts. Secondly, to emphasize vibration and enhance the sensation of each impulse, the start of the working strokes are spaced 300 ° and 420 ° apart. It is clear that for the European market such "technologies" are at least not advantages, but for the sale of this class of equipment in the United States it is necessary.

Drag Star 950 (V-Star 950) features a traditional steel duplex frame, simple suspensions in the form of a telescopic fork and mono-shock absorber, disc brakes, an injector, a 5-speed gearbox, a belt drive, a 17-liter fuel tank and 278 kg of curb weight ...

The main competitors of the Yamaha Drag Star 950 in the class: