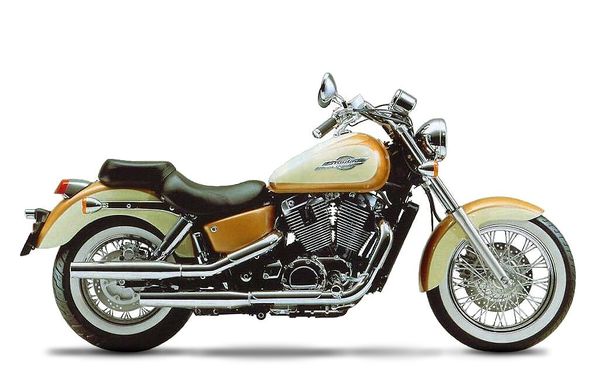 The cruiser model Honda VT1100 Shadow appeared in 1985 in the American market. In those years, the model was distinguished by high power (78 hp), double disc brakes at the front and a hydraulic clutch. The factory designation of the model is VT1100C. Since 1987, the motorcycle has been updated externally and technically - the wheelbase is increased, the mufflers on the sides are transferred to the right side, the maximum power is reduced (to 67 hp), the operating speed is significantly reduced, which increases traction on the "bottom" and "middle" ", the hydraulic clutch gives way to the cable clutch. It was with this modification that the popularity of the Honda VT1100 Shadow model began - the 1985-1986 versions are quite rare.

In 2003, only the basic version VT1100C Spirit and VT1100C2 Saber remained on the market, which were offered practically unchanged until 2007, after which they were completely discontinued, completely giving way to the model - Honda VTX 1300.

The main competitors of the Honda Shadow 1100 in the class:

The officially declared fuel consumption of the Honda VT1100 Shadow is 5.17 liters per 100 kilometers. The exact value depends on the riding style.