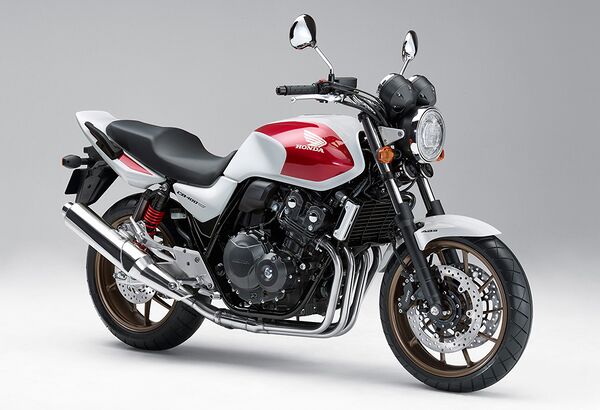 The naked model Honda CB400F was introduced in 2013 as an internal Japanese modification Honda CB500F. Technically and visually, the CB400F is an exact copy of the CB500F, with the exception of the engine, which reduced the crankshaft travel and thus reduced the displacement to 399 cc (but increased the compression ratio to 11.0).

Of the features of the Honda CB400F, a steel frame, simple suspensions in the form of a conventional telescopic fork in front and a monoshock at the rear, a 6-speed gearbox, a 15-liter fuel tank, an injection power system, versions with ABS and 192 kg of curb weight should be distinguished.

Unlike Honda CB500F, the Honda CB400F was only produced in 2013, selling off leftovers in subsequent years. This was due to extremely low demand for the model (by the way, the sports "brother" Honda CBR400R became very popular in Japan and underwent the same restyling as the older version - Honda CBR500R).