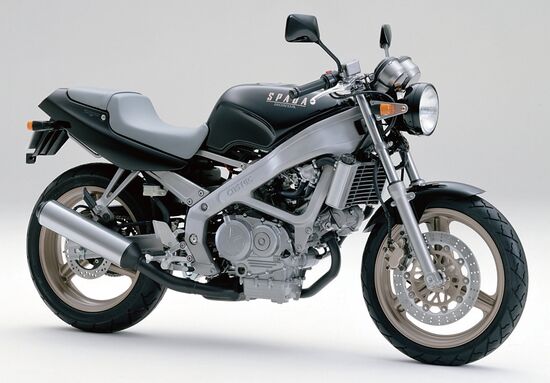 The naked model Honda VT250 Spada appeared in the Honda line in 1988 and was produced until 1990 inclusive. The motorcycle is a budget model with a V-shaped 2-cylinder engine, an aluminum frame and disc brakes, which was available in the domestic market in Japan and Oceania (in particular Australia).

The model may also have the name - Honda Spada 250.

Other features of the Honda VT 250 Spada include an aluminum diagonal frame, simple suspension in the form of a conventional telescopic fork at the front and a progressive monoshock at the rear, disc brakes, an 11 liter fuel tank and 153 kg of curb weight.

1990 was the last year of production of the model, after which it disappeared from dealers, and only in 1997 presented a new successor - Honda VTR 250.

The main competitors of the Honda VT 250 Spada in the class: