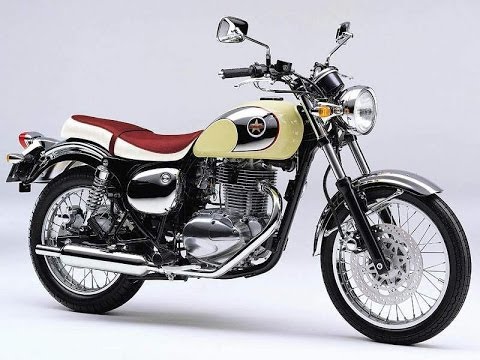 The Kawasaki Estrella 250 was first introduced in 1992. The concept of the model was simple - to present to the market a retro classic motorcycle in British style, which should be simple, reliable and used for leisurely city trips. Despite the abundance of modern "plastic" motorcycle models and a rather limited circle of admirers of retro classics, the Kawasaki Estrella 250 has found a large army of fans, having been producing for over 25 years. It wasn't until mid-2017 that Kawasaki announced it was discontinuing the model, releasing the last limited edition of the bike.

Kawasaki Estrella 250 was focused only on the domestic Japanese market, but some of the models were sold in different years in Germany and some other European countries.

The model features a simple steel frame, 1-cylinder air 2-valve engine, disc or drum brakes (depending on version), simple suspension in the form of a conventional telescopic fork and double shock absorber, and a small "dry" weight in the region of 140 kg. Since 2007, the Kawasaki Estrella 250 receives an injector and digital instrument cluster.

The main competitors of the Kawasaki Estrella 250 in the class: