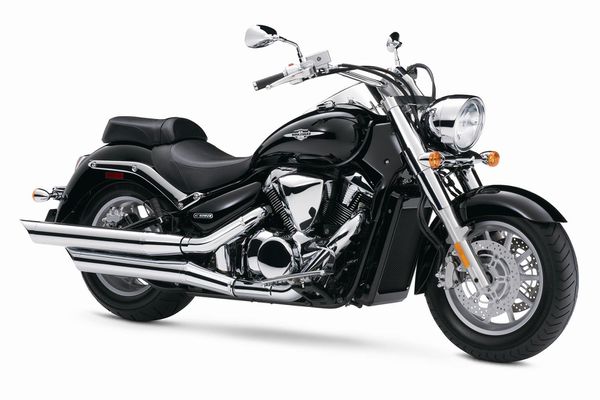 The Suzuki Boulevard C109R has been on the market since 2008 as the largest and most powerful classic cruiser in Suzuki's motorcycle lineup. The model was available in most markets - Japan, North America, Europe, Oceania. Outside the North American market, the motorcycle was sold under the name “Suzuki C1800R Intruder”. The factory designation of the model is VLR1800.

The Suzuki Boulevard C109R / Intruder C1800R was based on a 2-cylinder V-shaped (54 °) liquid-cooled engine with a volume of 1783 cc, producing up to 114 hp. power and up to 157 Nm of torque. The engine is equipped with a double throttle injector (SDTV system - Suzuki Dual Thtrottle Valve), a 32-bit control unit and a semi-dry sump lubrication system (SASS technology - Suzuki Advanced Sump System). This engine in a retuned version was transferred from the model Suzuki Boulevard M109R (Intruder M1800R).

On the chassis of the Suzuki Boulevard C109R / Intruder C1800R, it should be noted a classic steel frame, simple suspensions in the form of a 49 mm non-adjustable telescopic fork and a monoshock (adjustable for preload), a braking system with 3-piston calipers in front, a 5-speed gearbox and a cardan drive to the rear wheel.

The main modifications of the Suzuki Boulevard C109R:

2013 was the last year of production of the model, after which it finally left the market.

The main competitors of Suzuki Boulevard C109R / Intruder C1800R in the class: