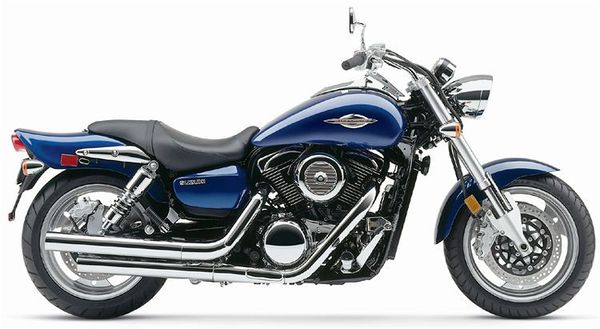 Suzuki VZ 1600 Marauder appeared in 2004 and is nothing more than Kawasaki VN1600 Mean Streak with minor cosmetic differences - the shape of the headlight, rear wing, air filter cover, nameplates on the tank, lighting and dashboard fonts.

The motorcycle was based on the engine from Kawasaki VN1600 Vulcan, which has been reconfigured and boosted to improve performance. As a result, the engine is a 2-cylinder V-shaped block of liquid cooling, with a volume of 1552 cc, giving out 74 hp. power and 125 Nm of torque. The maximum engine performance starts from about 3000 to 5500 rpm.

2005 was the last year of production of the Suzuki VZ1600 Marauder (Boulevard M95, Intruder M1600), after which it disappeared from the Suzuki line of motorcycles. At the same time Kawasaki Mean Streak 1600 was produced until 2008 inclusive.

In 2008, as the successor to the VZ1600, Suzuki launches its own model Suzuki VZ1500 (Boulevard M90) based on a redesigned engine from [[Suzuki_VL1500_Intruder_ (Boulevard_C90) | VL1500] the original appearance inherent in the entire Suzuki Boulevard M series.

The main competitors of the Suzuki VZ 1600 Marauder (Boulevard M95) in the class: