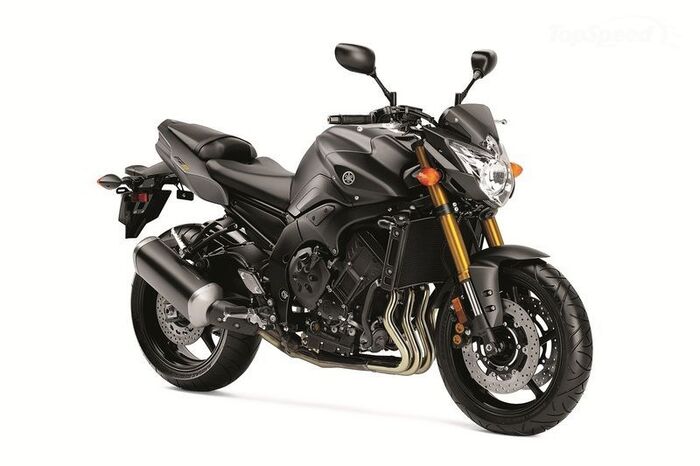 The Yamaha FZ8 was introduced in 2010 (model year 2011) and replaced Yamaha FZ6. The model was initially targeted at the markets of North America, Europe, Australia and New Zealand, but after 2013 the Yamaha FZ8 left the North American market, giving way to Yamaha FZ-09 (MT-09).

The Yamaha FZ8 is based on the frame, engine and swingarm from the flagship model Yamaha FZ-1. The engine was reduced in volume to 779 cc, a lightweight crankshaft, smaller valves and other camshafts were installed. As a result, the Yamaha FZ8 engine began to produce 106 hp. power and 82 Nm of torque. The motor pulls confidently at low and medium speeds, and gives out maximum performance at 8000-10000 rpm.

Compared to the previous version ( Yamaha FZ6), the new Yamaha FZ8 has a more modern appearance, sportier suspensions in the form of an inverted fork (adjusted since 2013) and a rear mono-shock absorber, as well as more powerful 4 -piston brakes on 310 mm discs. The capacity of the fuel tank has also changed, which was 17 liters, instead of 19 liters for FZ6.

The Yamaha FZ8 was produced until 2016, after which it was discontinued. The successor to the model, as mentioned above, was Yamaha MT-09.

The main modifications of the Yamaha FZ8:

`` The main competitors of Yamaha FZ8: