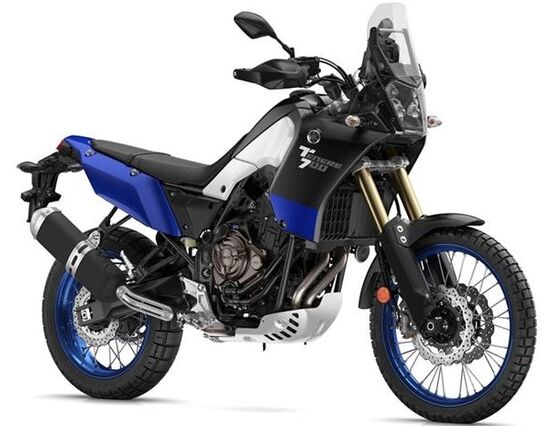 The Yamaha Ténéré 700 was first introduced as a concept in 2017, and a pre-production sample was shown in the fall of 2018. At the time of publication of the review (early 2019), the model is not available for sale, the European market has a pre-order program from March to 31 July 2019, and in North America the official start of sales was announced in the second half of 2020.

The model was based on the engine from the series MT-07 - an in-line 2-cylinder liquid-cooled block with a volume of 689 cm³, delivering the declared 73 hp. power and 68 Nm of torque. The main feature of the motor is the 270 ° crankshaft, which makes its operation very similar to V-twins.

The undercarriage is a steel duplex frame, long-stroke adjustable suspensions in the form of an inverted fork at the front and a mono-shock absorber at the rear, spoked wheels with dimensions of 21 'and 18', front 2-piston and rear 1-piston brakes with switchable ABS and a 6-speed gearbox.

Overall, the Yamaha Ténéré 700 is a lot like desert rally racing bikes, and the overall styling is very similar to Honda CRF1000L Africa Twin, for which the new Tenere 700 is likely to be a more affordable competitor ...