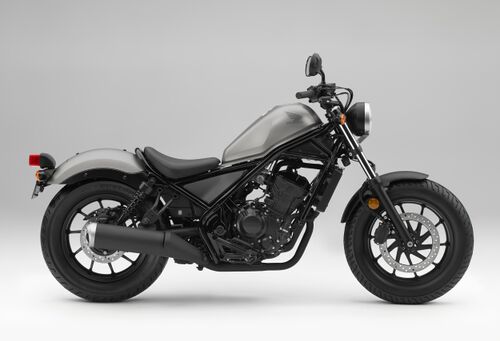 Unlike Honda CMX250 Rebel, the new Honda Rebel 300 gets classic bobber features and a more modern look: instead of spoked wheels - cast wheels, instead of chrome parts - matte black paint, instead of a drum rear brake - disc. On the technical side, the most noticeable differences were electronic fuel injection, liquid cooling, a 6-speed gearbox, a fully electronic instrument panel and ABS. Passenger footpegs, saddle, luggage accessories and windshield are available as options.

However, the most important competitive advantage of the Honda Rebel 300 is its price - the base version starts at just $ 4,399 in the US.

The officially declared fuel consumption for the Honda CMX300 Rebel models is 3.31 liters per 100 kilometers. The exact value depends on the riding style.