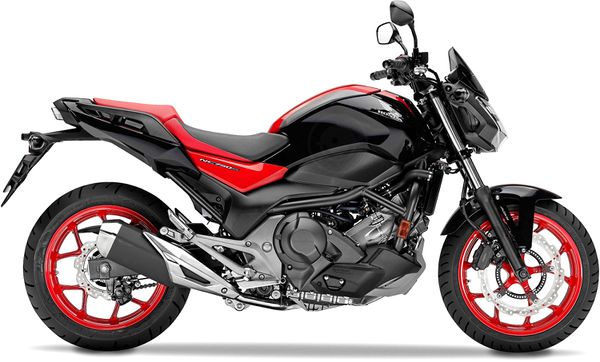 The Honda NC 700 (NC 750) road bike series was first introduced in 2011, and serial production and sales began in 2012 in Japan, Europe, North America and Oceania. In total, 2 modifications of the Honda NC700 model were presented:

Both modifications are built on a single base and differ in appearance, ergonomics, overall dimensions and suspension travels.

Of the key features of the NC 700 series, first of all, the engine should be highlighted, which was created on the basis of an automobile engine from Honda Jazz: the block was reduced to 2 cylinders, instead of the usual crankshaft, a 270 ° crankshaft was used. In total, the NC700 engine turned out to be low-speed, but demonstrating excellent traction throughout the entire range and record fuel efficiency, officially declared within 3.5 liters per 100 kilometers.

Another important feature of the NC 700 is the availability of versions with an automatic transmission (DCT - dual clutch transmission) with two clutches. These modifications are indicated by the letters D in the name: NC700SD / NC750SD, NC700XD / NC750XD.

The main competitors of the Honda NC700 in the class: