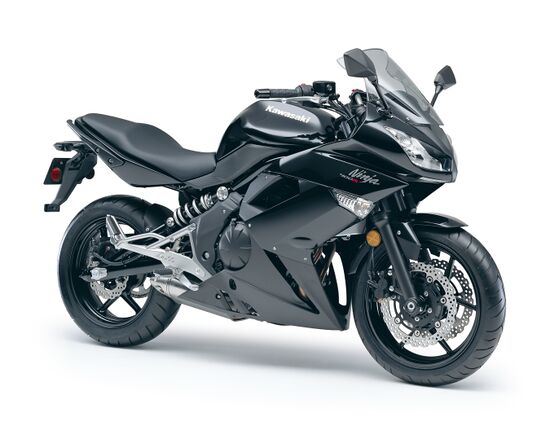 The naked model Kawasaki ER-4N was first introduced in August 2010 along with the Kawasaki Ninja 400R version. In fact, both models were 400cc domestic Japanese versions of Kawasaki ER-6N and ER-6F. The main differences from older models were in the engine, intake and exhaust systems. In all other respects, they were almost identical.

The Kawasaki ER-4N and Kawasaki Ninja 400R models are manufactured in Thailand for the domestic Japanese market, but some models were also sold in Canada and New Zealand.

The models were based on a 2-cylinder in-line liquid-cooled engine with a volume of 399 cc. see, issuing 44 hp. power and 37 Nm of torque. The main characteristics of the motor are achieved at 7500-9500 rpm.

Among the features of the Kawasaki ER-4 are a steel frame, an injection engine, a simple telescopic fork and a monoshock (adjustable in preload), a 6-speed gearbox, powerful 2-disc (300 mm) front brakes with ABS as an option, a fuel tank for 15 l and 199 kg of curb weight.

`` The main competitors of Kawasaki ER-4 in the class :