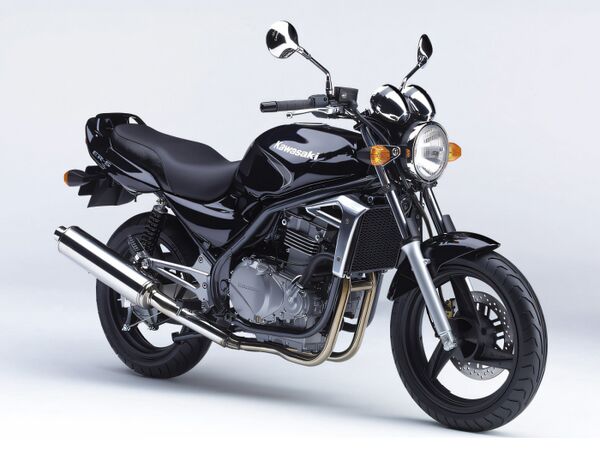 The Kawasaki ER-5 first appeared in 1997 and lasted until 2005. This motorcycle was based on the sports 2-cylinder engine from Kawasaki GPZ500, which received different camshafts, a lower degree compression, other exhaust system and other carburetor settings.

The Kawasaki ER-5 was intended primarily for the European market (the official full name is Kawasaki ER-5 Twister). In 2006, due to the release of new emission standards Euro-3, it is finally phased out and replaced with a more modern flagship motorcycle - Kawasaki ER-6. The Kawasaki ER-5 features a liquid-cooled, in-line 2-cylinder engine producing 50 hp. power and 45 Nm of torque. The motor had a flat shelf of power and torque, providing confident traction from low to medium revs. In addition to Kawasaki GPZ500 and Kawasaki ER-5, this engine was also installed on the enduro tourist Kawasaki KLE 500 and cruiser Kawasaki EN500 Vulcan.

The main versions of the Kawasaki ER-5:

The bike also had a cheap steel frame, a classic double shock at the rear, and rear drum brakes, which, even at the time of production, was a rather archaic decision. Meanwhile, the main advantages of the Kawasaki ER-5 are low cost, engine efficiency and simplicity. It is these qualities that made the Kawasaki ER-5 a fairly popular model in Europe.

`` The main competitors of Kawasaki ER-5 in the class :