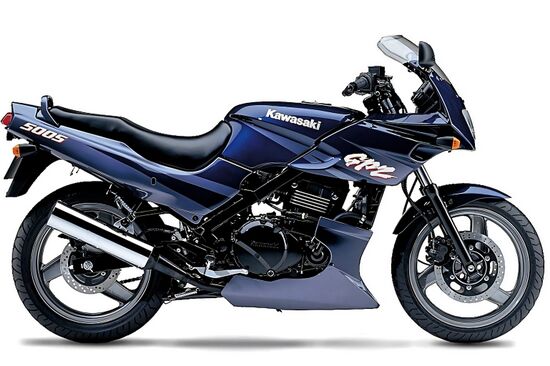 The Kawasaki GPZ 500 budget sports tourist model dates back to 1987 and was produced until 2009 inclusive. The model was intended only for foreign markets, so it was not officially sold in Japan - instead, the domestic Japanese version Kawasaki EX-4, featuring a 400 cc engine, was available. The Kawasaki GPZ 500 is the progenitor of the modern model Kawasaki ER-6f (also known as Kawasaki Ninja 650R).

The model was sold under the following names:

The Kawasaki GPZ 500 engine is actually half of the sports version of the Kawasaki GPZ 1000 RX. The maximum declared power is 60 hp, the torque is 46 Nm. This engine, with minor modifications, was installed on a large number of other models, in particular - Kawasaki KLE 500, Kawasaki ER-5 and Kawasaki EN500 Vulcan.

2009 was the last year of production of the model, which, despite the release of the ER-6, continued to be produced and sold in the American market. For the market of other countries, the Kawasaki GPZ500 model was produced until 2006 and disappeared from sales immediately after the release of a new model - Kawasaki ER-6.

The main competitors of the Kawasaki GPZ 500 in the class: