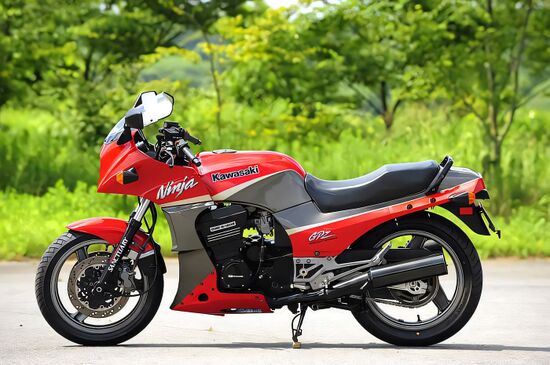 The legendary Kawasaki GPZ900R sports bike was first introduced in 1984 and is the earliest Kawasaki sports bike. In those years, the motorcycle was distinguished by an innovative appearance, but the most notable was its engine - an in-line 4-cylinder liquid-cooled block with a volume of 908 cc. see, gave out fantastic at that time 115 hp, accelerating the motorcycle to 243 km / h, which was a record among mass-produced road bikes. In the North American market, this motorcycle is called the Kawasaki Ninja 900 .

The Kawasaki GPZ900R also led to a significant breakthrough for Japanese motorcycles in the Superbike class. Despite the standard technical features in those years - a steel frame, 16- and 18-inch wheels, air suspension, etc., the motorcycle had not only outstanding dynamic characteristics, but also excellent steering. The reason for this was the special arrangement of the engine, which "sat" in the frame a little lower, thereby lowering the center of gravity. 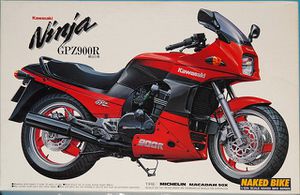 In 1986, Kawasaki released the new GPZ1000RX to replace the GPZ900R, but both continued to be produced in parallel. And even the release of Kawasaki ZZ-R1100 (in 1990) did not fundamentally change the situation - the Kawasaki GPZ 900 continued to be produced and sold in Europe until 1993 inclusive. In 1998, the motorcycle production was moved to Malaysia, from where the model went to the domestic Japanese market (and some Asian countries). It was only in 2003 that the production of the Kawasaki GPZ900R was finally stopped.

The main competitors of the Kawasaki GPZ900R in the class: