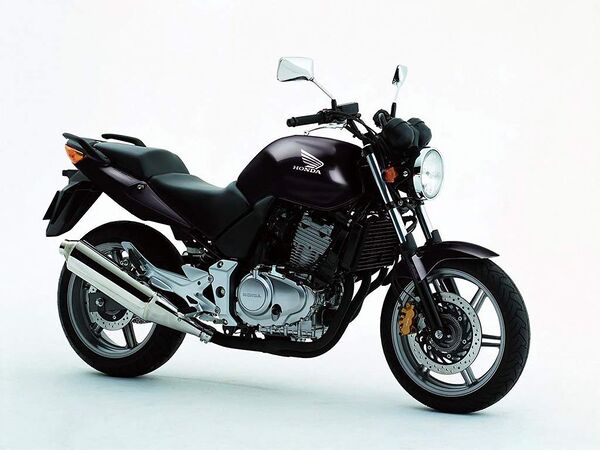 The naked model Honda CBF 500 appeared in 2004 as a successor of the model Honda CB 500, which, due to the renewal of environmental standards to Euro-2, could no longer be sold on the European market. Simultaneously with the Honda CBF500, the 4-cylinder model Honda CBF 600 appeared, which gained significantly more popularity, finally displacing the CBF500 by 2008. In addition, from January 1, 2008, new Euro-3 environmental standards came into force, which CBF500 did not meet. Thus, the Honda CBF 500 model was produced for only 2 years, in 2004 and 2006, and was officially sold until 2008.

Unlike its predecessor ( Honda CB500), the new Honda CBF500 has received a number of technical and visual changes:

In terms of engine and gearbox, the new Honda CBF500 model is practically no different from the old one - Honda CB500. Also noteworthy is the fact that the CBF500 was only available in one classic version, while the half fairing version was never offered.

The main competitors of the Honda CBF 500 in the class: