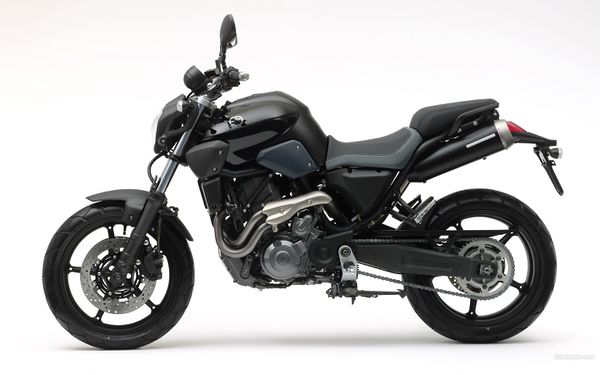 Yamaha MT-03 was first introduced in 2004 as a concept, and went into mass production since 2006. Like all models of the MT series, this motorcycle is very original and unusual for a Japanese motorcycle in its classic sense.

The Yamaha MT-03 was based on a 1-cylinder injection engine from enduro Yamaha XT660Z Tenere, which was only slightly reconfigured to increase torque at the bottom. As a result, the Yamaha MT-03 engine produces 48 hp. power and 58.4 Nm of torque.

Notable in the history of the Yamaha MT-03 is the fact that there is no consensus about which class this motorcycle belongs to. Some call him naked, others call him a cafe racer, others a street fighter and some call him a motard. It would seem that there is an aggressive look of naked with brakes from Yamaha FZ6, but a simple 1-cylinder engine, dry lubrication system (dry sump) and a straight vertical landing inherent in a supermoto do not allow it to be called such by 100% ...

Among the main competitors of the Yamaha MT-03, the KTM Duke 690 and Aprilia Pegaso Factory should be distinguished - these are the motorcycles that are closest to the MT-03. However, here you can also add such rare models for the Russian market as the BMW G650X Moto and Derbi Mulhacen 659.

The Yamaha MT-03 model was produced until 2013, after which it was discontinued. Yamaha decided to concentrate all its efforts on the more promising, in its opinion, models - Yamaha MT-07 and Yamaha MT-09.