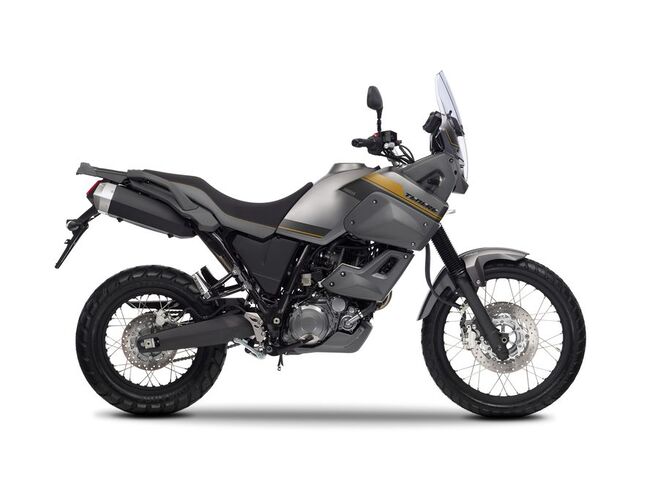 The Yamaha XT660Z Tenere was first introduced in October 2007 as a 2008 model year motorcycle.

The engine and chassis geometry from the enduro Yamaha XT660R was taken as a basis, therefore the Yamaha XT660Z Tenere has similar power characteristics - a 1-cylinder Minarelli 48 hp liquid-cooled engine. power and 58 Nm of torque. This engine is also installed on the Yamaha MT-03 model.

Other features of the Yamaha XT660Z Tenere include a steel frame, an aluminum swingarm, long-travel suspensions, versions with ABS, disc brakes, a 5-speed gearbox, a 23-liter fuel tank and 208.5 kg of curb weight.

Noteworthy is the fact that the versions of Yamaha XT660Z Tenere with ABS are equipped with suspensions with less travel - instead of 200 and 210 mm - 160 and 145 mm. The bike's fuel economy is also impressive - a full tank lasts almost 600 km.

With the appearance on the market of the Yamaha XT660Z Tenere, many fans of the brand perceived this as an attempt to revive the once popular model Yamaha XTZ660 Tenere. And apparently, this is so. If you analyze both models, you will find a lot in common between them - a clear off-road layout (high ground clearance, large wheels, long travel suspensions) and a simple 1-cylinder engine. The old Yamaha XTZ660 Tenere was just that.

2016 was the last year of production for the Yamaha XT660Z Tenere, after which it disappeared from dealers and was no longer offered.