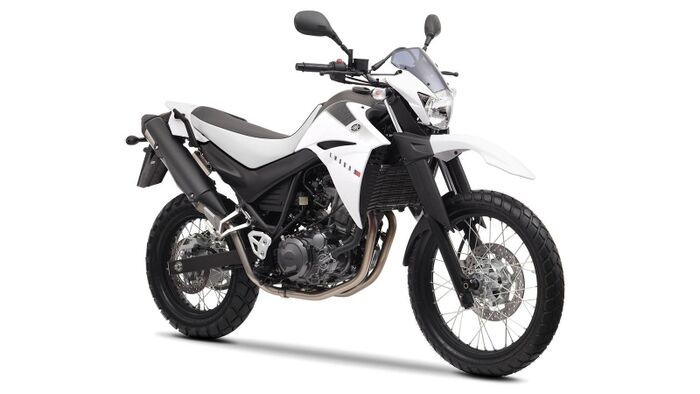 The Yamaha XT660R entered the market in 2004 and is the 4th generation of the XT line (previous generation models: XT500, XT600, XTZ660 Tenere). The model has nothing to do with past modifications, it is equipped with a 4-valve Minarelli engine, which produces 48 hp. power and 60 Nm of torque. On the basis of this engine, other modifications of the XT series were presented:

The main market for the Yamaha XT660R was Europe, but since 2005 the motorcycle has been actively sold in South America.

The Yamaha XT660R features a steel frame, an injector, simple suspensions in the form of a conventional telescopic fork at the front and a monoshock at the rear, disc brakes, a 15-liter fuel tank, a 5-speed gearbox and 181 kg of curb weight.

2016 was the last year of production for the Yamaha XT660R, after which it finally left the production line. Moreover, in the last 2 years of life (2015 and 2016), the model was produced exclusively for the South American market.