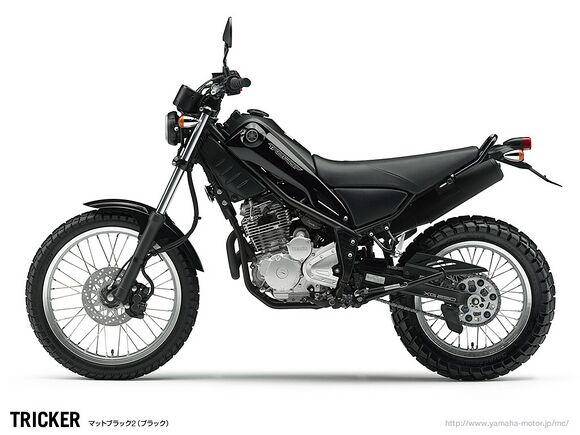 The Yamaha XG250 Tricker entered the domestic Japanese market in 2004 and positioned itself as a budget multi-functional motorcycle suitable for use in all conditions - from urban daily riding to enduro and stunt riding. In 2005, the model was available in the European market, but quickly left it.

The Yamaha XG250 Tricker was based on a common frame and engine from Yamaha XT250 Serow (officially launched in 2005), simple long-travel suspension and 19 'and 16' wheels.

Motorcycles built from 2004 to 2007 with frame number DG10J-' '(Japanese versions) have a carburetor power system. This is the first generation of the Yamaha XG250 Tricker.