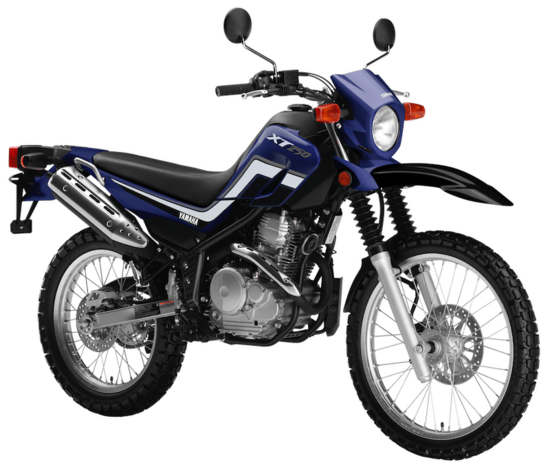 The first generation Yamaha XT250 Serow was produced from 2005 to 2007. inclusive and was only available in the domestic Japanese market. The main feature of the models of these years is the carburetor power system.

The Second Generation started in 2008 and was produced until August 2018. Intra-Japanese models of these years receive an injector, a catalyst and optimized engine settings (to increase torque at low revs). From the same year, the model began to be exported to the countries of North America (the Serow prefix was used for the Canadian versions, while in the USA the model was simply called Yamaha XT250). North American versions produced prior to 2013 are identical to the first generation domestic Japanese versions (carbureted). From 2013, the US and Canada versions receive an injector.

The third generation of the Yamaha XT250 Serow began on August 31, 2018 (2019 model year) and only affected domestic Japanese versions. The model received updates to new environmental standards, increased the compression ratio of the engine from 9.5 to 9.7 and increased the mass by 3 kg.

In addition to the basic version of the motorcycle, a touring modification has also been offered in the domestic Japanese market since 2012, called the Yamaha XT250 Touring Serow. The model was distinguished by the presence of a windshield, engine protection, hand protection and a trunk.

On the basis of the engine from Yamaha XT250 Serow, a model was also built - Yamaha XG250 Tricker.

As of 2019, the Yamaha XT250 Serow is officially available in Japan and North America.