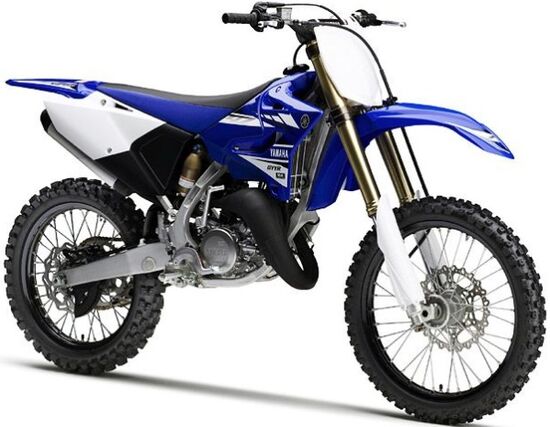 The Yamaha YZ125 begins its history in 1974 - then it was an archaic (by modern standards) motorcycle with an air-cooled engine and double shock absorbers at the rear, which did not resemble a cross model in the modern sense. Only by the end of the 80s of the last century, the Yamaha YZ 125 acquires modern features, and by 1989 - an inverted fork. In our review, we will be looking at models starting in 2005, when the motorcycle received a modern aluminum frame.

Since 2006 the motorcycle has been equipped with the new KYB SSS (Speed-Sensitive System) front fork.

In 2001, Yamaha introduced a 4-stroke version Yamaha YZ250F, which was intended to replace similar 2-stroke models, but the YZ125 is still sold in parallel and may be in the same racing class.

The main competitors of the Yamaha YZ 125 in the class: