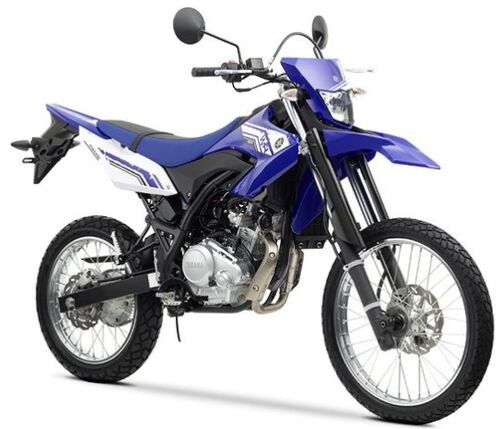 The Yamaha WR 125 appeared in 2008, presenting two models at once - the Yamaha WR125R (enduro) and the Yamaha WR125X (motard). The models were focused mainly on the European market, have a common base and are built on an engine from Yamaha YZF-R125.

The enduro modification of the Yamaha WR125R features 18 'and 21' wheels, a front brake disc with a diameter of 240 mm, increased front suspension travel (240 mm), a gas-oil rear shock absorber and a curb weight of 133 kg.

2014 was the last year of model production, although sales of new motorcycles continued for several more years. Currently, models of the WR125 series are not found on the Russian market - obviously, this is due to the high price and, as a result, the inexpediency of the purchase.

The main competitors of the Yamaha WR 125 in the class: