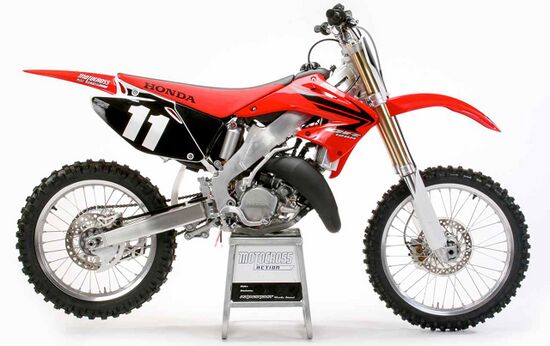 The Honda CR125R 2-stroke motocross motorcycle dates back to 1974. Modern models of the Honda CR 125 R were produced from the early 90s of the twentieth century until 2007. Since 1998, this model has acquired an aluminum frame, which in subsequent years has been improved and lightened.

A specific feature of the Honda CR125R motorcycle is a 2-stroke liquid-cooled engine producing 41 hp. power and 27 Nm of torque. The model features a state-of-the-art sports suspension, in particular the Kayaba inverted fork, which has a full range of settings.