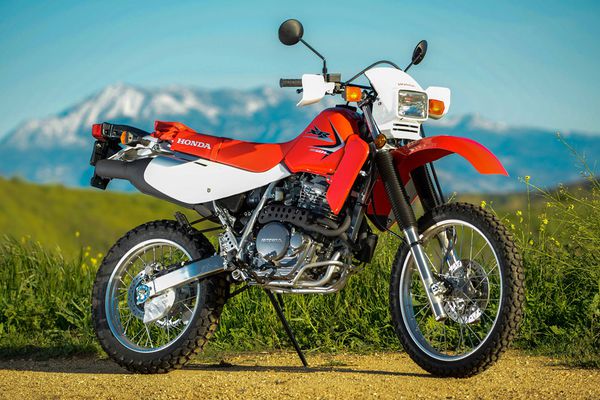 The Honda XR650L enduro motorcycle appeared in 1993 in the North American market. The model belonged to the class of so-called "soft enduro" - off-road civilian motorcycles adapted for use on public roads.

The motorcycle became the successor of the Honda XR600, inheriting the air-cooled engine from the Honda NX650 Dominator model and getting quite simple equipment - a steel frame, simple suspensions, a 5-speed gearbox and an electric starter.

In 2000, Honda expanded the series by offering the market a new modification - Honda XR650R . This model could not be used on public roads, did not have an electric starter, a battery, lighting equipment (in particular, direction indicators), mirrors and license plates. However, the model received a number of technical differences:

The sports modification of the Honda XR650R was available until 2007 and was sold not only in North America, but also in the markets of Europe and Australia.

As of 2019, the Honda XR650L is still in production and available in the North American market.

The main competitors of the Honda XR 650 in the class: