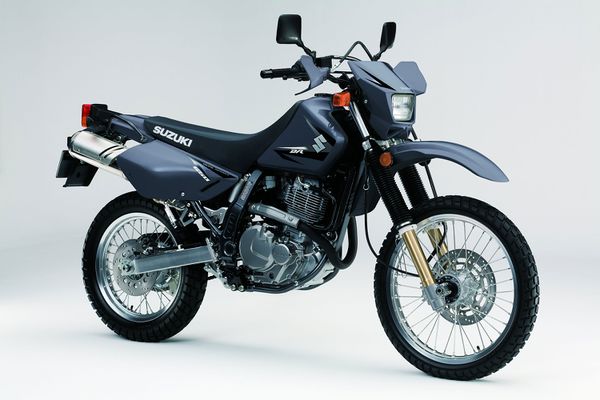 The Suzuki DR 650 was introduced in 1990 as a result of the DR600 modification and Suzuki's desire to compete with Honda with its NX650 Dominator.

The motorcycle was based on a simple 1-cylinder air-oil-cooled engine, producing 46 hp. and 57 Nm of torque. The motor had 4 valves and 1 camshaft. Depending on the version, the launch was carried out by means of a kick or electric starter.

In 1997, based on the Suzuki DR 650 engine, a touring enduro model was released - Suzuki XF 650 Freewind, which was the answer to the European flagships - BMW F650 and Aprilia Pegaso 650.

To date, only the Suzuki DR 650 SE '' model is on the market, which is still officially produced and sold. In 2015, the company celebrated the 20th anniversary of the Suzuki DR 650 SE release. Since the motorcycle has hardly changed in terms of engine and still has a carburetor, it is hardly sold in Europe (due to Euro-3 emission standards). Meanwhile, the Suzuki DR 650 SE is very popular in Canada, Australia and New Zealand, where it ranks among the top 5 best-selling motorcycles over 500cc. cm.

The main competitors of Suzuki DR 650: