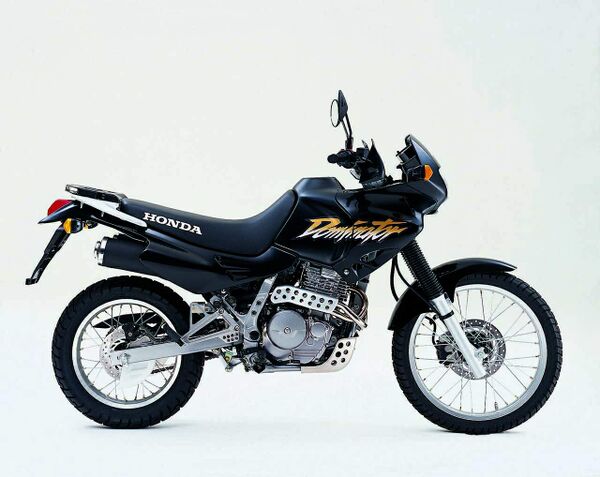 The Honda NX 650 Dominator touring enduro model was first introduced in 1988 and was produced until 2000 (official sales continued until 2003). The model was export-oriented and practically did not occur in Japan, the main sales regions are Europe, North America and Oceania.

Of the features of the Honda NX 650 Dominator, a steel frame, disc brakes, simple suspensions in the form of a conventional telescopic fork and a monoshock, dry sump (oil in the frame), 5-speed gearbox and 152 kg of dry weight should be distinguished.

The model was sold on the market until the early 2000s, after which it disappeared from dealers and did not receive further development.

The main competitors of the Honda NX650 Dominator in the class:

Average fuel consumption for the Honda NX650 Dominator is 4.7 liters per 100 kilometers. The exact value depends on the riding style, the surface of travel and the load on the motorcycle.