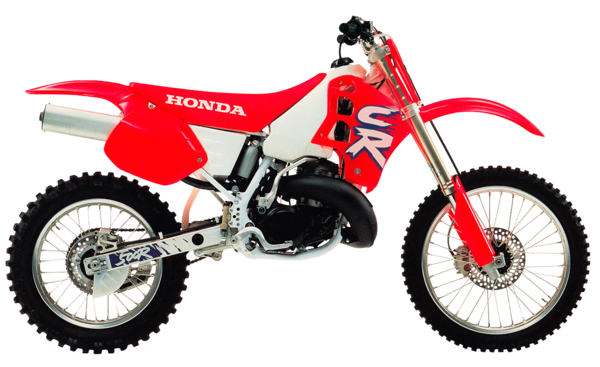 The Honda CR500 cross-country motorcycle was first released in 1984, replacing the Honda CR480. The motorcycle is the most powerful crossover machine produced by Honda in its history. Equipped with a 2-stroke liquid-cooled engine, with a volume of about 500 cc, it produces up to 64 hp. power and up to 77 Nm of torque. The maximum performance is at 6000 rpm.

The chassis of the Honda CR500 is presented in the form of a steel tubular frame, sports long-travel suspensions (inverted fork and mono-shock pendulum shock absorber) and disc brakes. The dry weight of the motorcycle is only 101 kg. 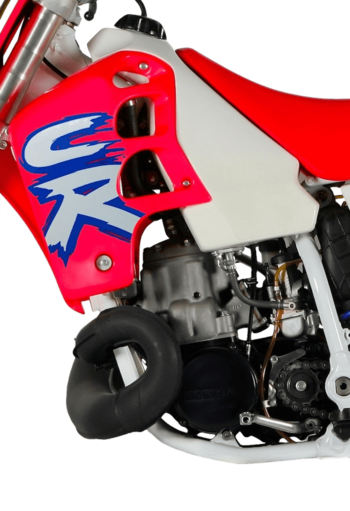 Despite the outstanding technical characteristics of the Honda CR500, this motorcycle is practically unsuitable for use in traditional motocross - it is affected by excess engine power, increased vibration and imperfect handling. That is why the Honda CR500 model is not very popular, and is practically not found in Russia. Again, the reason for this is the rather limited scope of application. The native element of the motorcycle is long desert races such as the Baja 500 or Baja 1000, where the full potential of the motor can be realized. In civilian life, the Honda CR500 is often bought for alteration - for example, in a motard, or they only use the engine in their custom projects.

The Honda CR500 model was produced until 2001, after which it was finally discontinued. Many people associate the withdrawal of this model from the market with the appearance of Honda CRF450R, which was intended to replace the outdated 2-stroke models. Although the Honda CRF450R does not deliver the same horsepower as the CR500, it is more suited to traditional motocross with smoother power output, an aluminum frame and better suspension.

The main competitors of the Honda CR500 in the class: