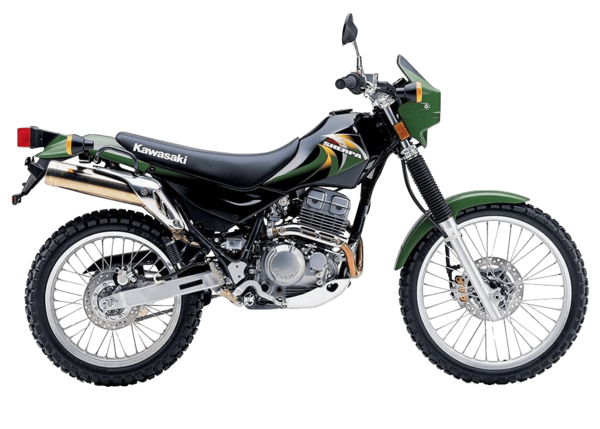 The ' Kawasaki KL250 Super Sherpa ' was introduced in 1997. For the Japanese market, the motorcycle received two modifications - with a high (' KL250-H ') and a low front wing (' KL250-G ), while in Europe only the high version was sold, which had more modern features. By 2000, the KL250-G modification had disappeared from the Japanese market, but for almost the entire period of the model's production it was available in the North American market.

2007 was the last year of production for the KL250-H, although the KL250-G was still produced for the North American market until 2010, which was the final production year for the Kawasaki KL250 Super Sherpa.