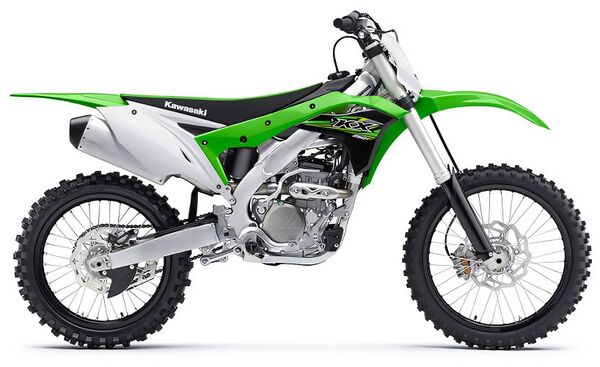 The Kawasaki KX250F was introduced in 2004 as a replacement for the 2-stroke motocross versions Kawasaki KX250 and Kawasaki KX125. The first versions of the motorcycle were developed jointly with Suzuki - in the early years of production there were two absolutely identical models on the market Kawasaki KX250F and Suzuki RM-Z250.

In 2006, the KX250F undergoes restyling and moves away from the concept common with the RMZ250, standing out as an independent model. The updated version received a new generation of the frame, redesigned engine, suspension and Renthal steering wheel.

For 2009, the model is redesigned with an updated look and redesigned engine, suspension and chassis components (to reduce weight and improve handling).

In 2010, Kawasaki released the next generation KX250F, although visually the model was very similar to the previous generation.

2011 saw another restyling of the Kawasaki KX250F, which received electronic fuel injection and a new Showa Separate Function front Fork (SFF). In 2012, a second injector was added to the fuel injection system, which slightly increased the maximum power.

In 2013, the model undergoes changes again, receiving a new look, new settings for the injection system, engine and suspensions.

For 2017, Kawasaki introduced the next generation KX250F. The engine and suspension settings were changed again, the size of the front brake disc increased, the curb weight decreased by almost 2 kg. Additional electronic accessories are also offered:

The main competitors of the Kawasaki KX250F in the class: