Suzuki RM-Z250 appeared in 2004 as a joint development of Suzuki and Kawasaki. During that period, two absolutely identical motorcycles appeared on the market, sold under different names - Kawasaki KX250F and Suzuki RM-Z250.

This continued until 2006, after which both Suzuki and Kawasaki decided to abandon cooperation and continue the development of these cross-country models, but separately from each other.

The Suzuki RM-Z250 subsequently became a replacement for the 2-stroke models Suzuki RM250 and Suzuki RM125. In 2010, the RM-Z250 undergoes major changes, the main one being the replacement of the carburetor with electronic fuel injection. From 2004 to the present, the model has been constantly changing and improving in terms of the technical part, which affected the frame, engine and chassis. 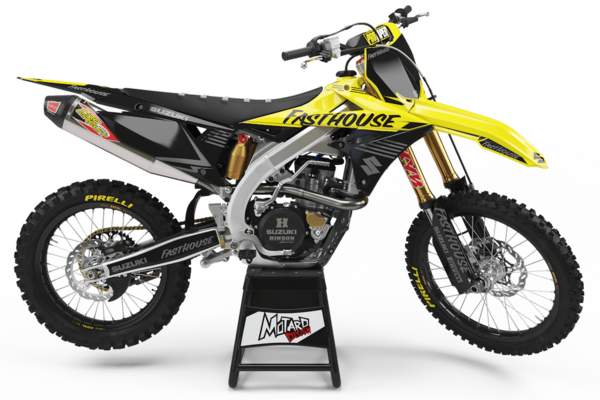 Key features of the motorcycle include an aluminum frame, a 4-stroke liquid-cooled engine, adjustable sports suspensions, disc brakes, a 5-speed gearbox and 106 kg curb weight (for the 2019 version).

The lineup of the Suzuki RM-Z series:

The main competitors of Suzuki RM-Z250 in the class: