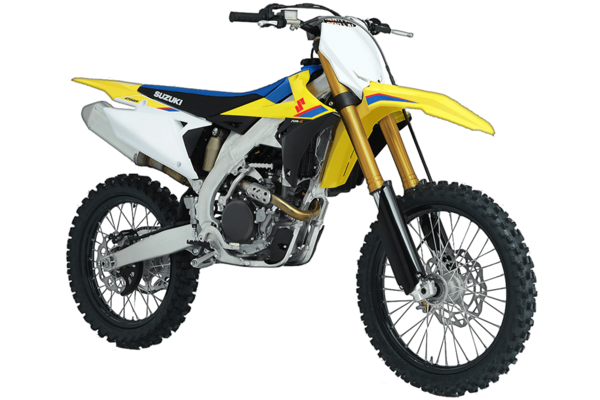 The Suzuki RM-Z450 was first introduced to the market in 2005 and positioned as the flagship 4-stroke motocross model.

The first versions of the motorcycle (2005-2007) were equipped with a 4-speed gearbox, which was immediately criticized by experts and athletes, and led to the fact that by 2008 Suzuki RM-Z450 received a traditional 5-speed gearbox. In the same year, the model received a new engine and fuel injection system.

In the period from 2005 to the present, the Suzuki RM-Z450 has undergone many technical changes, affecting the engine, frame, suspension and chassis configuration.

Key features of the motorcycle include an aluminum frame, adjustable sports suspensions, a 4-stroke liquid-cooled engine, an injector, a 5-speed gearbox, disc brakes, a 6.3-liter fuel tank and 112 kg of curb weight.

' The lineup of the Suzuki RM-Z series: '