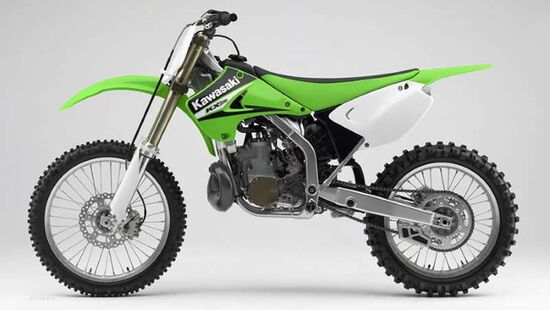 The Kawasaki KX250 '' appeared in 1974 and was produced until 2008. The first versions of the motorcycle were produced for the American market, but since 1988 the model has also become available in the markets of Europe and Japan, and since 1990 in Australia.

A total of 13 generations of the Kawasaki KX250 have been released, but the most interesting versions have been since 1990, when the model was equipped with an inverted fork. In our review, we will consider a model starting from the 9th generation, namely modifications from 1992. Older versions of the motorcycle are very rare and are practically not represented on the Russian market.

In 2004, a 4-stroke version Kawasaki KX250F appeared to replace the 2-stroke KX250. However, despite this, both modifications were sold in parallel until 2008 inclusive, after which the Kawasaki KX 250 was finally discontinued.

The main competitors of the Kawasaki KX 250 in the class: