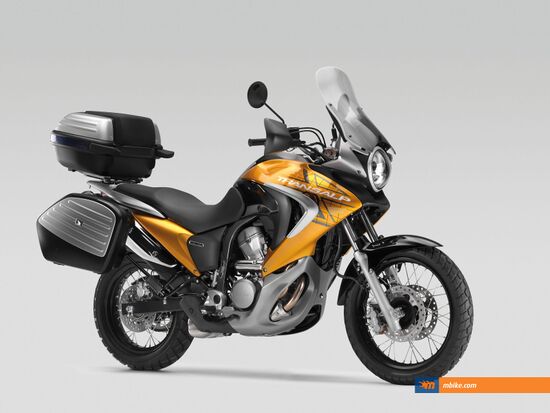 The touring enduro model Honda XL 700V Transalp was produced from 2008 to 2011 inclusive, mainly for the European market. The model has replaced Honda XL650V Transalp, having received a number of innovations and improvements:

Comparing the Transalp 700 with previous generations, there is an improvement in road performance and a deterioration in off-road performance. This trend is inherent not only in Honda, but in general for the entire Japanese "four" motorcycle manufacturers. Pure "SUVs" have practically lost their popularity, giving way to more practical "SUVs" with a wider range of applications.

2011 was the last year of production of the Honda XL 700V Transalp, after which it was finally removed from the Honda motorcycle line and did not receive further continuation. Instead, the market was offered a budget series Honda NC700 / NC750.

The main competitors of the Honda XL700V Transalp in the class: