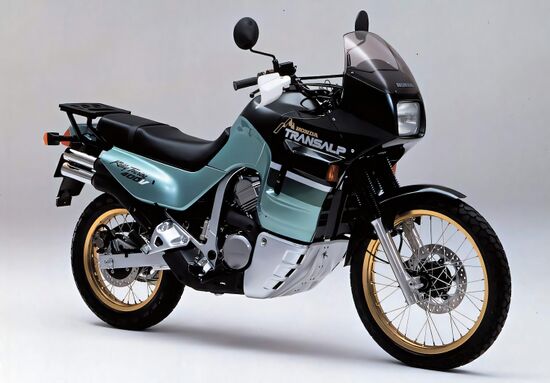 The Honda XL 400 V Transalp touring enduro model appeared on the market in 1991 and was targeted at the Japanese market. The model is based on the older export version Honda XL 600 V Transalp of the second generation (XL600Vn), differing from it in the engine, gearbox ratio and other insignificant parameters. In general, both motorcycles are almost identical in appearance.

Among the features of the model, a steel frame, disc brakes, long-travel suspensions, high ground clearance, an 18-liter fuel tank and 201 kg of curb weight should be distinguished.

1996 was the last year of production of the Honda XL 400V Transalp, after which the model rolled off the assembly line and did not receive further development. The export version XL 600V was on the market until 2000, after which it was replaced by Honda XL650V Transalp.

Despite the rather weak dynamic characteristics due to the low-volume motor, the model is quite popular in Russia. And there are a number of reasons for this. Firstly, the Honda XL400V Transalp is well represented at Japanese auctions. Secondly, the model is cheap, which makes it available to a wide range of buyers. Thirdly, versatility, simplicity and reliability make the motorcycle optimal for use in Russian conditions.

The main competitors of the Honda XL400V Transalp in the class:

The official fuel consumption of the Honda XL400V Transalp is 3.02 liters per 100 kilometers / 33.1 kilometers per liter of fuel (at a constant speed of 60 km / h). The exact value depends on the riding style and the condition of the motorcycle.