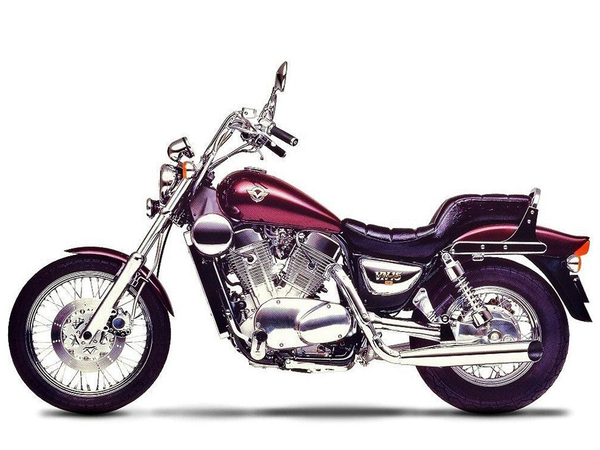 The cruiser Kawasaki VN1500A / VN1500B first appeared in 1987 and was sold under the names Kawasaki Vulcan 88 (US market) and Kawasaki VN-15 (European market). The model is the predecessor of Kawasaki VN1500 Vulcan Classic.

The motorcycle was based on a 2-cylinder V-shaped liquid-cooled engine with a volume of 1470 cc. see, delivering up to 72 hp. power and almost 124 Nm of torque. These figures differ depending on the country of sale (the exact power and torque figures for a particular country can be found in the service manual). The block heads have one camshaft, 4 valves per cylinder and hydraulic clearance compensators.

Other features of the Kawasaki Vulcan 88 / VN-15 include a steel tubular frame, simple suspension in the form of a conventional telescopic fork and double shock absorber, a 4-speed gearbox, disc brakes and a cardan drive.

In 1996, Kawasaki released the updated Vulcan 1500, marketed under the name Kawasaki VN1500 Vulcan Classic, but the old version is still in production through 1999.

The main modifications of the Kawasaki Vulcan 88 / VN-15:

The main competitors of the Kawasaki Vulcan 88 / VN-15 in the class: